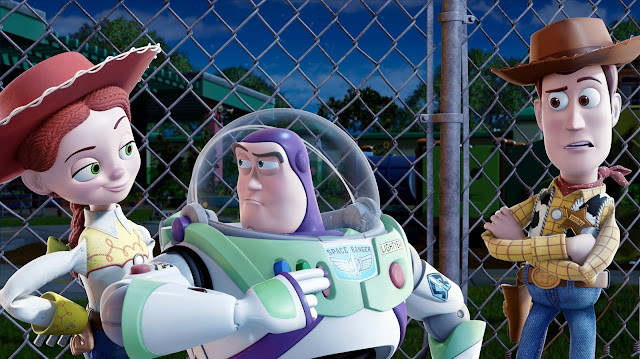 I really enjoyed Disney/Pixar’s “Toy Story 3”, and one of the character performances that I loved most was that of the character “Spanish Buzz”, and an incredible dance sequence in which Buzz Lightyear takes Jessie the Cowgirl’s hand and dances the Paso Doble.

For Pixar’s animators to ensure that the duo’s Paso Doble was accurate, they enlisted the help of “Dancing with the Stars” dancers Cheryl Burke and Driton ‘Tony’ Dovolani. The pair of dancing pros visited Pixar Animation Studios and let Toy Story 3 animators study their every move, as shown in this video:

Check out this video:

Bonus feature:
Interview with Carlos Baena:
Disney/Pixar animator (and co-founder of Animation Mentor, along with Bobby Beck and Shawn Kelly) Carlos Baena got to share a bit of his Spanish heritage when he was asked to animate Spanish Buzz in Toy Story 3.  In this video Carlos discusses the animation of Buzz Lightyear in ‘Spanish mode’ after he is reset at Sunnyside Daycare. There’s footage from the film of Buzz doing his flamingo dance, Carlos filming himself performing some of the poses and gestures for reference (which is pretty fun and cool to see), along with some words from director Lee Unkrich, and footage from the animation test with Spanish Buzz and Jessie dancing that helped define what the characters would become.

Check out this video:

To learn more about Carlos Baena check out his website: http://www.carlosbaena.com/

And of course Toy Story 3 is now available at a store near you 🙂
.