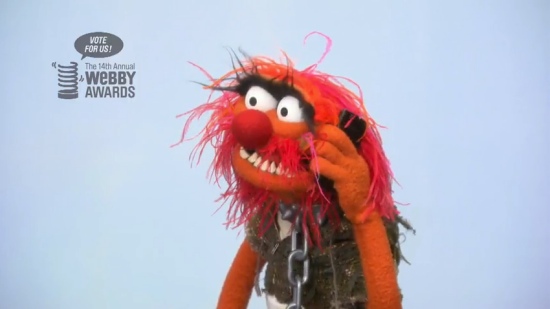 Also nominated for the Webby Awards (which I posted a few months ago) is The Muppets cover of Queen’s Bohemian Rhapsody in two categories: viral video and music video.  Seeking votes of support, Muppet Studios have released a video featuring ‘Animal’ making a touching phonecall to his ‘Mama’ to give her the big news.  Also, they have rereleased Bohemian Rhapsody with a special edition audio commentarey from The Muppets.

Animal Tells His Mama About The Webby Nominations:

You can check out the original video, which I posted, by clicking here.