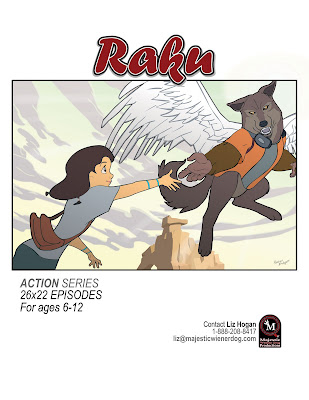 (Part of the concept is that the hero characters change their different body parts into different animal part.  I was a little rushed on this one, the out reached arm still bugs me a bit, still for the most part I’m cool with it.) 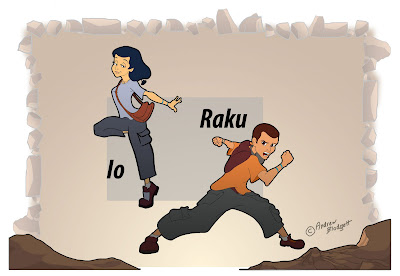 (It is funny, coming up with design ideas for the girl was no problem, but trying to get the male lead character down… oof… it took a bit, but… I’m cool with him now.  Is about the right mix of prince and bad-boy.  And I now know what Disney’s the “Nine Old Men” meant when they said designing Prince type characters was always tuff.) 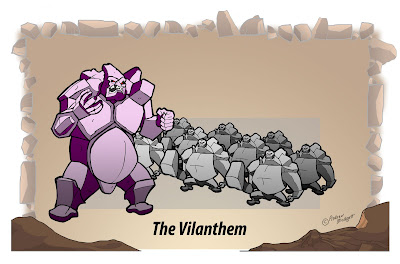 (Based on the original written concept, when I first started I honestly had no idea how these guys would look or turn out… “kick-ass-villainous-rock-guys,”  I just kept sketching, and reworking and reworking the drawings,… and these guys are what came out… I LIKE EM’… I don’t think I’ll do it, but I’d love to see them animated)
Concept designs done for Majestic Wiener Dog Productions Inc.’s “Raku” the animated TV series.
Again here is Majestic’c website  http://majesticwienerdog.com
Art and designs by Andrew “Big Show” Blodgett and Ye-a Baby! Productions
Categories: Andrew Blodgett, Animation, Concept, Design, Drawing, TV Series