Life On Other Planets And The Future Of Human Civilization 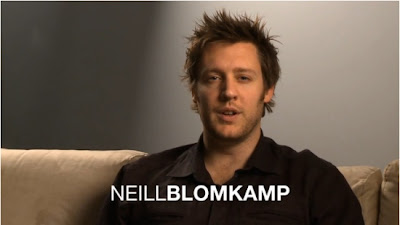 When I was a kid, while naturally I did get my fair dose of animation, and science fiction (… like “Dr. Who”),… I also, secretly, loved watching shows on real world and theoretical science.
I came across this great TED talk that “District 9” director Neill Blomkamp recently gave at TEDxVancouver and I thought I’d share.
For those of you who don’t know about TED talks, and of TEDx, the independently-organized TED events around the world. They had one recently in Vancouver, where Neill Blomkamp was a speaker. The video of his talk went up recently, and regardless of whether it contains the direction of his next/a future film that he’s going to do (which it feels like it does), it’s a pretty captivating, theoretical science-driven vision of our universe, life on other planets, and the future of human civilization in a way that most of us probably haven’t ever thought of. (It is a little “Earth” bias, but still AWESOME).  I think you’ll love it.