Damon Lindelof, a key figure behind some of recent history’s biggest Sci-Fi television and film successes; the co-creator and showrunner of Lost (TV series), producer for J.J. Abrams’ Star Trek (2009 film), co-writer/producer for Star Trek 2 (film slated for 2012), writer of Jon Favreau’s Cowboys & Aliens (2011 film) and Ridley Scott’s Promtetheus (film slated for 2012), just to name a few of Damon Lindelof’s credentials…  He has had quite the journey. 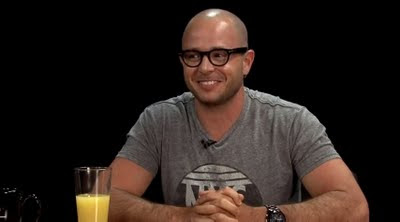 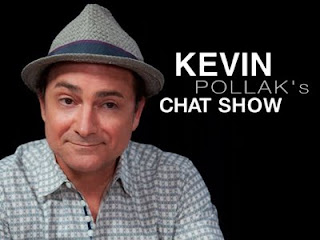 Kevin Pollak interviews Damon Lindelof
In this interview, Lindelof talks about his twitter “feud” with Game of Thrones author George R. R.  Martin, his inspirations, learning at NYU, his early life trying to make it in Hollywood, Stephen King and King film/TV adaptations, Star Wars vs. Star Trek, the creation of Lost and working with J.J. Abrams, collaborating with Roberto Orci and Alex Kurtzman on Cowboys & Aliens, working with Ridley Scott on Promtetheus and how it connects to the Alien films, how the writer’s strike allowed him to produce Star Trek while also working on Lost, brief thoughts on the newly announced 1952 project he’s working on for Disney, his Larry King impression, and much more.

Kevin Pollak’s Chat Show streams live every Sunday at 3 PM PDT.  Each episode, Kevin has in depth interviews with one or two guests from the entertainment industry. With no language or time restrictions, and live, online audience interaction (questions from the chat room and twitter), Kevin Pollak’s Chat Show , free of the usual sensorships and time constraints, is truly unique, exposing you to more fascinating truth, and insights into the entertainment industry and the people who work in it.  Past guests include Kevin Smith, Matthew Perry, Jon Hamm, Dana Carvey, Seth MacFarlane, and Felicia Day.