James Cameron: Deep-Sea… And Aliens Of The Deep

On top of my interest and involvement in the entertainment industry,… I am a certified SCUBA Diver and I’ve always been interested in marine biology and the mysteries of the deep-sea.  — So I was pretty jazzed to hear that last week, on March 26, 2012, fellow Canadian and film maker James Cameron made news by piloting a one-man submersible to the DEEPEST POINT ON EARTH!

That’s right,… not only has James Cameron helped create some of the most successful films in history, films such as The Terminator, Aliens, The Abyss, and including the TWO highest-grossing films of all time – Titanic and Avatar, but… in-between films… he has also done a fair amount of deep-sea exploration, creating a number of documentaries, and contributing to the advancement of technologies for underwater filming and submersible vehicles. In fact I seem to recall hearing something about James Cameron initially only agreeing to do the movie Titanic if the production companies would fund some of his ocean expeditions. 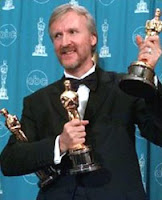 His films are responsible for some of the biggest technological advances in film history — think the living water tentacle in The Abyss, the liquid-metal/morphing Terminator in Terminator 2: Judgment Day, and the ground breaking CG work in the film Avatar.  — Now to help celebrate his success in the real-world here are some fun and interesting videos on James Cameron’s deep-sea exploration.

Bonus!
Aliens of the Deep (full)
Disney‘s 2005 documentary in which James Cameron teams up with NASA scientists to explore the Mid-Ocean Ridge, a submerged chain of mountains that band the Earth and are home to some of the planet’s most unique life forms. 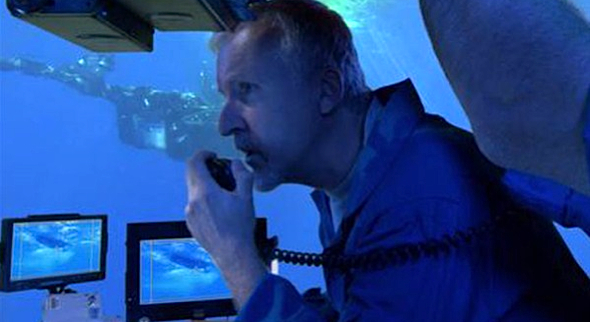