So ever since the Gorillaz’s first music video (“Clint Eastwood” 2001), I’ve been a big fan of both the Gorillaz animated music videos, and the London, England animation production studio that made them Passion Pictures. 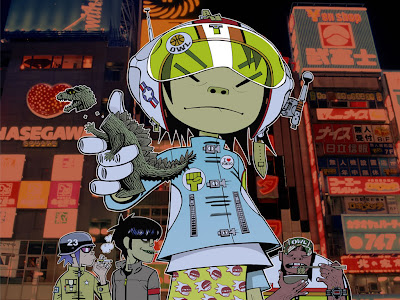 Now, from the creators Damon Albarn and Jamie Hewlett‘s multimedia creation Gorillaz is back, bigger and higher tech than ever before. The funky blend of 2D and 3D cartoon animation that initially gave rise to the Gorillaz has now joined life-action.  Enjoy!

Journey to Plastic Beach:
Directed by Pete Candeland and Jamie Hewlett at Passion Pictures.
To kick off their UK and European tour, bass guitarist and band-leader Murdoc narrates this part-animated, part-real world film which is well worth the 15+ minute watch for fans of the band.

Gorillaz’ “Stylo” has a bit of awesome for everyone: the hybrid animated/live action music video features an Camaro/El Camino car chase, sprinkle donuts, the grim reaper, and Bruce Willis.

Jamie Hewlett’s video for Gorillaz hit iTunes (6/15), and not only is it a catchy tune, it’s got guns, bombs, a one-eyed octopus, a sinking ship and a sub that looks like a shark. Here’s a tease. 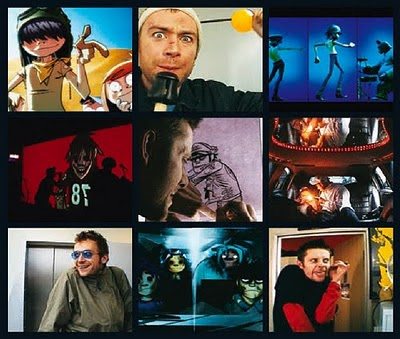