Blast from the past #4

I just came across this.

Wow… this guy I modeled, back in early 1999 (that’s right, “party like its…”), done in Softimage|3D Extreme (SGI – Silicon Graphics version), which is the OG 3d software package I learned on (back when it was still owned by Softimage Co. and it only worked on special Windows NT and SGI workstations).

His name is Doug. “Doug the Beetle Bug”. I was going to create a bunch of little shorts with him and some other characters. Had virtually all the pre-production done, planned, story boarded, modeled, RIGGED, you name it… then well… some nice people offered to actually pay me to do similar things… so off I went.  By the time looked back in on Doug all the software I had used was no longer compatible with anything, and Softimage had been bought and sold a bunch of different times… blah, blah, blah…

… Oh well it is nice to see Doug the Beetle Bug again, he is like an old friend saying hi… 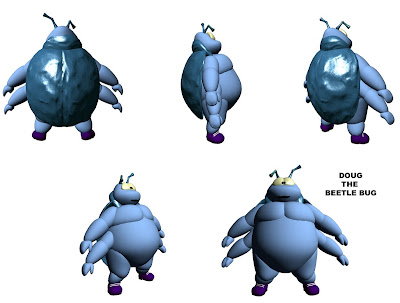 Oh… and just for fun, from a few years after Doug, here is a little lady I called Jessica.  I spent a LOT of time modeling her in Maya, using mostly nurb splines, (everybody was all about modeling nurbs and sub-ds then), I always wanted to get her rigged and doing some animation… but I wasn’t really sure how to do that entirely in Maya at the time.  Hell I’m not a 100% sure how to do it now.  (One thing at a time, Ill get there). 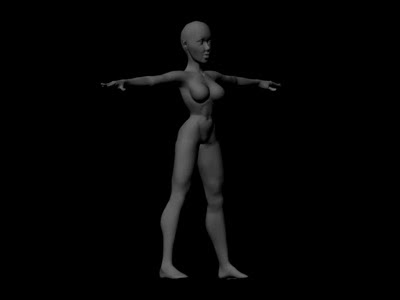 Oh look… and here is some head I modeled, in Maya, a while after that. (Which it appears I was testing a cg-toon-shader on half of). 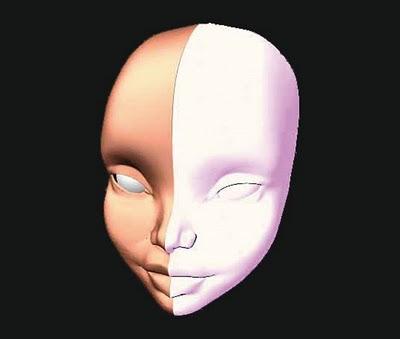 Somewhat ironically I think sometime shortly after this I ended doing a lot of stuff in Flash and AfterEffects and didn’t really get back into any 3d, for years, until this past spring (2009), (That’s right with Animation Mentor).

Categories: Andrew Blodgett, Animation, Blast From The Past, For Fun