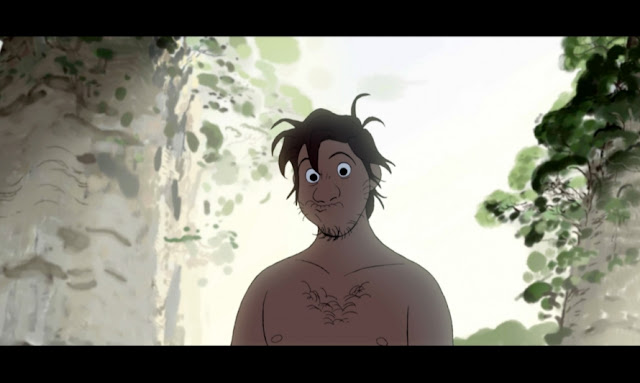 A little taste of a personal short from Disney visual development artist Minkyu Lee of The Princess and the Frog is keeping the traditional animation spirit alive in his own written/directed independent short film Adam and Dog.  The full film isn’t available online yet, but… it was just nominated for an Annie Award.  Minkyu sent Cartoonbrew the trailer with this note:

“This is a short film that me and a group of my close friends made. It was put together by artists who work at various studios, including Disney Feature, Dreamworks and Pixar; The animation is done by myself, Jennifer Hager, James Baxter, Mario Furmanczyk, Austin Madison, and Matt Williames. Glen Keane also helped by being a consultant on the film, and also doing some visual development. It is a completely independent film without any major studio involvement. We are really excited for people to see it, and wanted to share.“

You can find a complete list of credits here:
http://adamanddog.tumblr.com/