1 in 5 teens will experiment with art: KNOW THE WARNING SIGNS OF ART!!! 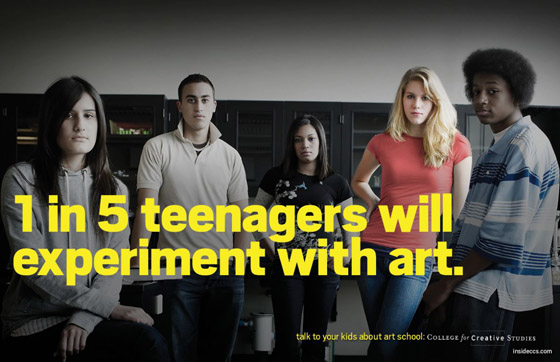 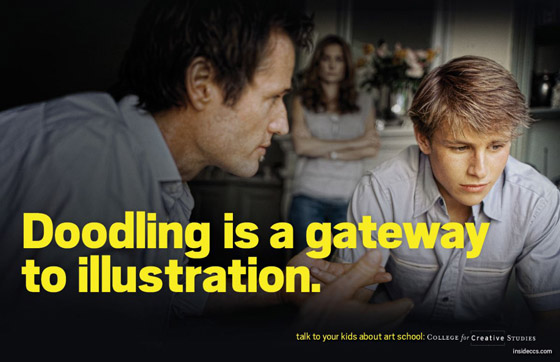 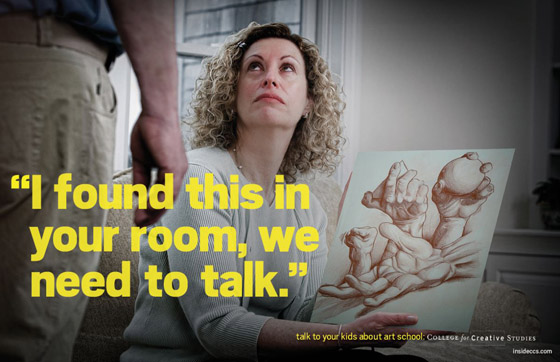 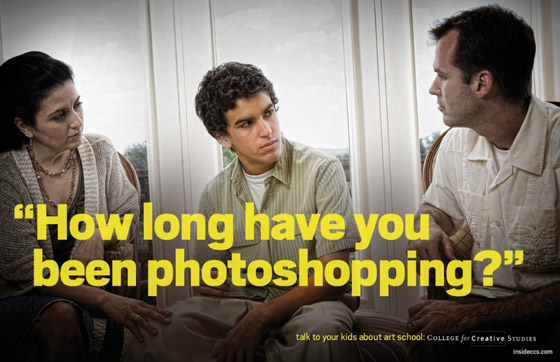 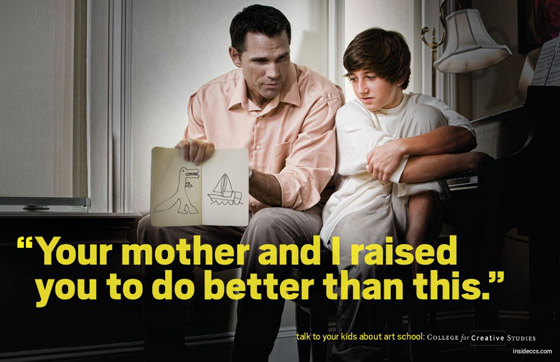 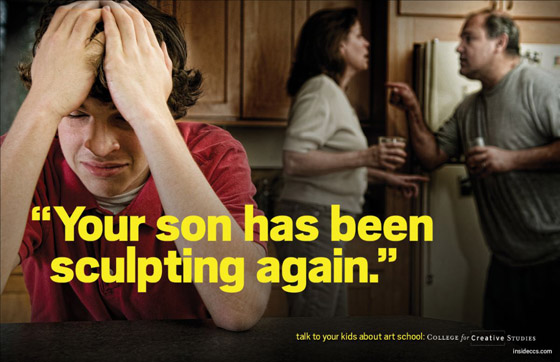 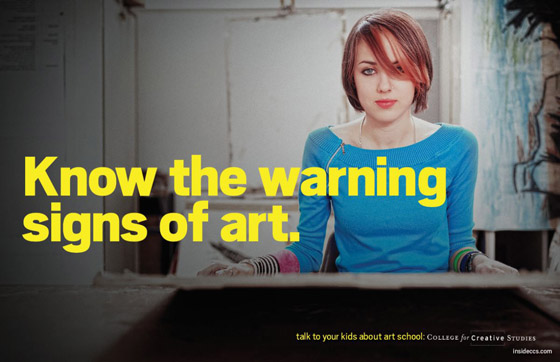 Believe-it-or-not teenagers aren’t stupid.  So when Team Detroit was recruited to create an ad campaign, for the CCS, they decided rather than out-spend the competition, they would out-think them instead.  The result is a pitch-perfect parody of anti-drug PSAs, right down to the overly-dramatic, obviously posed photos of gravely serious family situations.  Hehehe… great fun, done with style and a sense of humor.

Then something unexpected happened:
“After we created this series of low-tech posters, something amazing happened. They went viral. People started sharing them though blogs, Facebook and Twitter. People chuckled, then passed them along to their friends. Who knew you could blow up the Internet with a campaign full of print material?” — Says Team Detroit